Back to thumbnails   Previous  |  Next 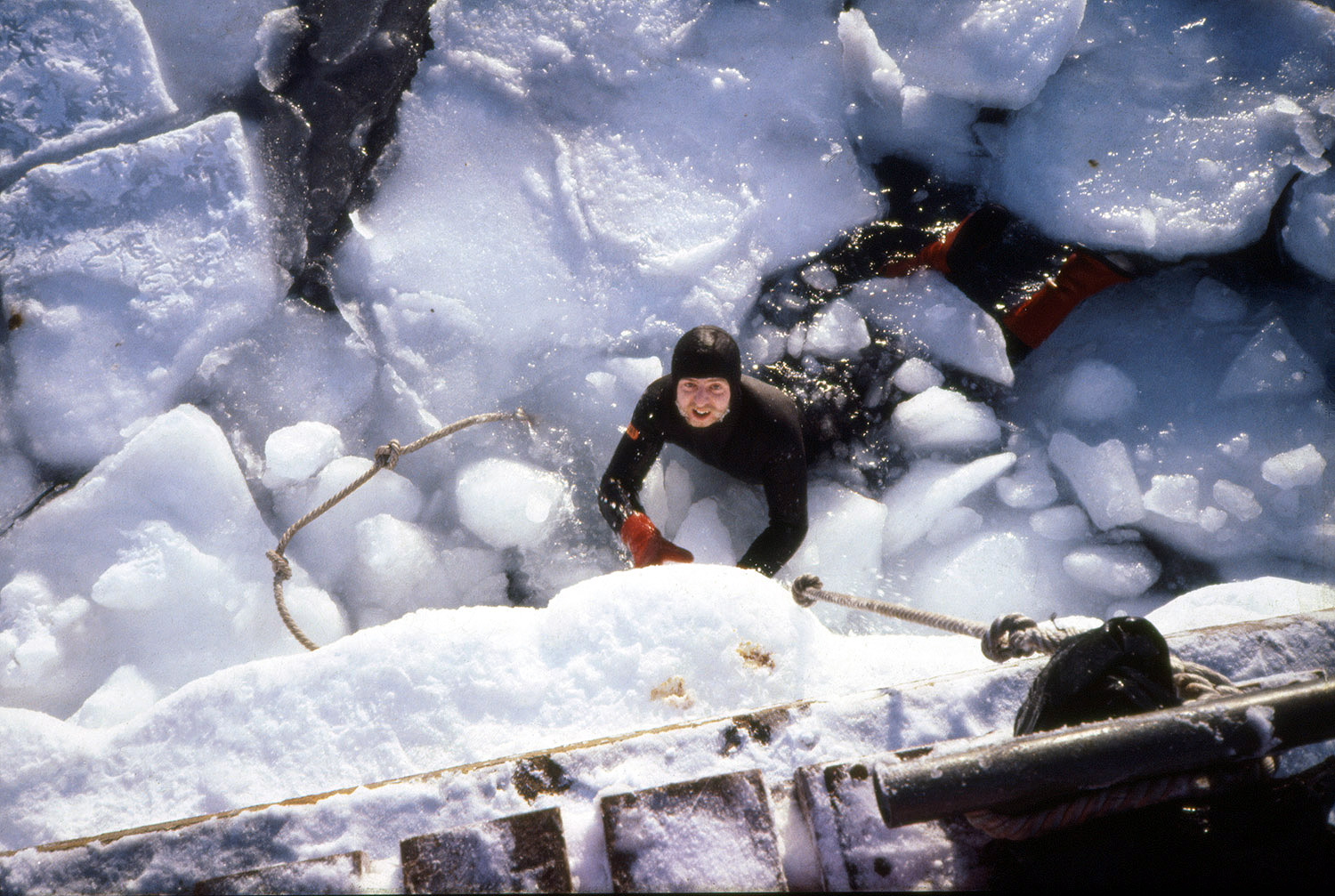 The end of the thin ice race. Some perverse course setter (I remember who it was Price) decided that as it was low tide a good end to the race would to be to climb up a rope to the jetty. So absolutely exhausted, new-grown beard and moustache encased in ice (my God but we were rugged!) you then had to drag yourself out of the sea and up the rope to actually finish. -1985.