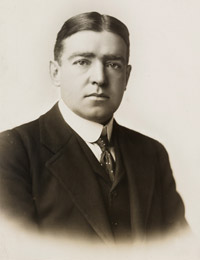 August 1st 1915 - Ice surrounding the ship starts to break and push over itself, dogs brought on board.

September 1st 1915 - Ice pressure begins to act upon the ship.

October 27th 1915 - The Endurance is badly damaged by the pressure of ice acting upon her and leaking, Shackleton orders her to be abandoned, stores and equipment are taken onto the sea-ice and a camp established.

November 1st 1915 - After an attempt to march with boats and sleds, "Ocean Camp"  is established a mile and a half from the Endurance.

November 21st 1915 - The broken and splintered Endurance sinks below the ice into the Weddell Sea.

December 23rd 1915 - Ocean Camp is abandoned to try to move westwards to Paulet Island and a substantial food depot. Crew and dogs drag sleds and three lifeboats across the sea-ice.

December 29th 1915 - Very broken-up un-negotiable ice is met, a new camp is established "Patience Camp" , they were to live on the floe for nearly three and a half months.

April 9th 1916 - Ice floes breaking up and open water meant It was time to take to the boats and head towards the South Shetland Islands.

April 24th 1916 - Shackleton and 5 others set off in the James Caird for South Georgia.

May 19th 1916 - Shackleton, Crean and Worsley set out to cross South Georgia to reach the Stromness whaling station.

May 23rd 1916 - 1st rescue attempt, Shackleton sets out on the Southern Sky, a whaling boat to reach Elephant Island, is turned back by sea-ice and heads north arrives at the Falkland Islands on the 31st of May.

June 10th 1916 - 2nd rescue attempt on a trawler, Instituto de Pesca No. 1 loaned and provisioned by the Uruguayan government, again turned back by ice.

August 25th 1916 - 4th rescue attempt by the steam tug Yelcho loaned by the Chilean government successfully retrieves all of those on Elephant Island on August the 30th.

September 3rd 1916 - Yelcho reaches Punta Arenas with all 28 men of the Endurance expedition.