What are the stories behind these pictures?

A selection of pictures from the Heroic Age of Antarctic Exploration, 1898-1922. To be used as stimulus material for writing, poetry, art etc. 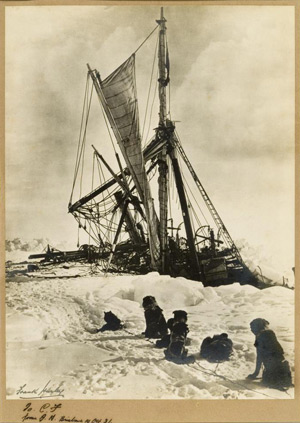 The Endurance lies crushed, still above the ice, though shortly to sink. 28 men led by Ernest Shackleton are left in the middle of the Weddell Sea with no hope of rescue. 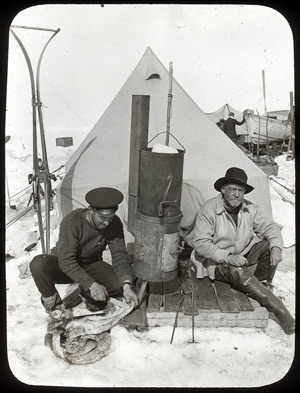 Frank Hurley (left) and Ernest Shackleton (right) camping on the pack ice after the Endurance had sunk, 1915. 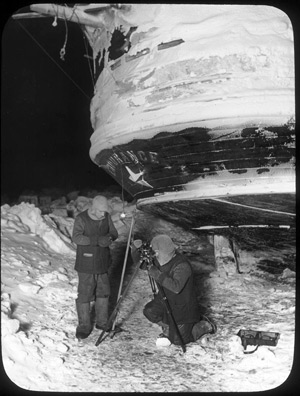 The Endurance in the winter of 1915, stuck in the pack ice, still hoping to be released the following spring. 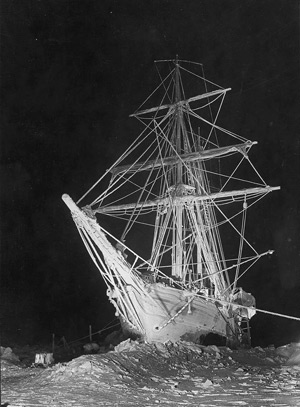 The Endurance at night on the 27th of August 1915, lit by 20 flashes set off by Frank Hurley, half blinding himself, stumbling into snow drifts and banging his shins in the process! 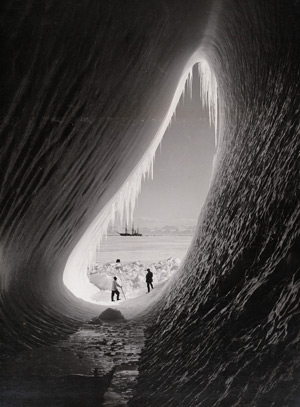 Herbert Ponting's picture taken from a cave inside an ice berg, Charles Wright and Thomas Griffith Taylor are pictured with Scott's ship the Terra Nova in the distance.

Cecil Thomas Madigan, ice mask ,the meteorologist with Australian Douglas Mawson's expedition of 1911-14, build up caused while he was returning to the base hut during a blizzard 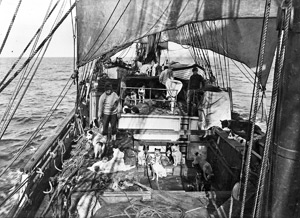 The deck of Scott's ship the Terra Nova at sea showing where the dogs were kept, it also gives a good indication of the small size of the ships of the Heroic Age, this is a typical example. 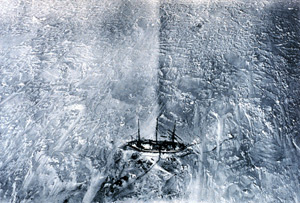 A picture of the ship Gauss in winter quarters 1902, the ship of the relatively little known German expedition of 1901-1903 led by Erich von Drygalski. This picture was taken from a hydrogen filled reconnaissance balloon on March the 29th 1902 at a height of 490m (1600 feet), Drygalski was the first man to fly in Antarctica. Note the long cone of wind blown snow behind the ship. 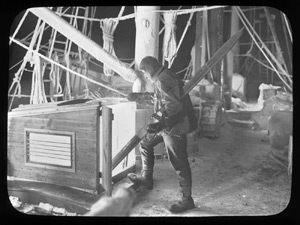 The nightwatchman returns after having made his rounds of the ship and of the ice around the ship, Endurance, 1915. 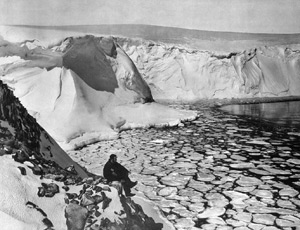 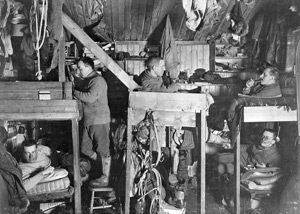 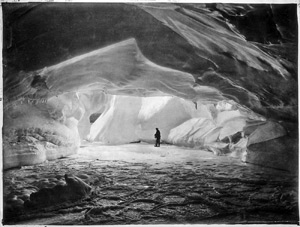 A cavern eroded by waves under coastal ice-cliffs, the photographer is standing on the frozen sea, Adelie Land, Australasian Antarctic Expedition, 1911-1914. 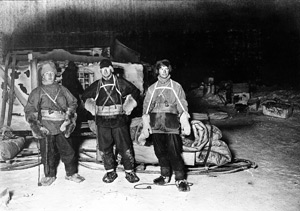 l to r: Bowers, Wilson and Cherry-Garrard about to set off in the middle of winter to retrieve Emperor penguins eggs, the journey would form the basis of Cherry-Garrards book "The Worst Journey in the World". 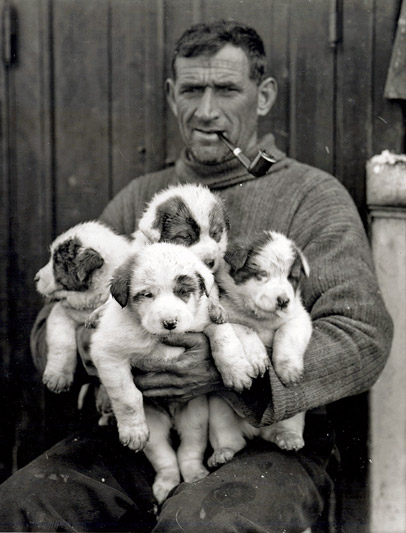 Tom Crean on board the Endurance with some pups born to one of the sledge dogs during the journey south. 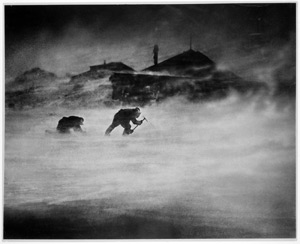 The Home of Blizzard, as Douglas Mawson called his camp at Cape Denison in Commonwealth Bay. It turned out that he had chosen one of the windiest places on earth to establish a base, crampons and ice axes were often needed to move around outside, and the men would often be blown across smooth ice before coming to an unceremonious halt in a snow drift. 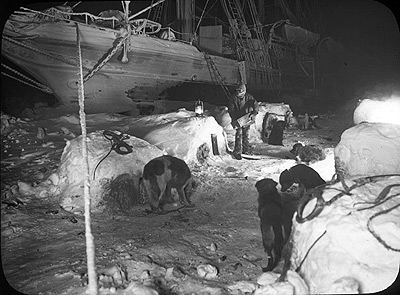 Feeding the dogs in the winter night, the dogs were kept in "dogloos" on sea-ice beside Endurance, kennels made of compacted snow and shaped like igloos to give them shelter from the cold and wind. 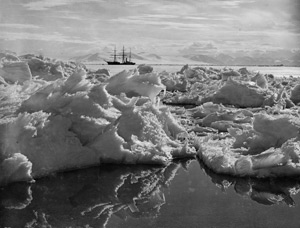 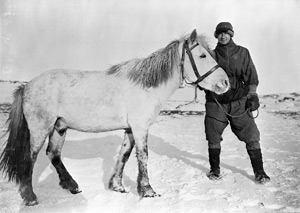 Edward Wilson with "Nobby" in October 1911, one of 20 Siberian ponies taken by Scott for his South Pole attempt. The ponies fared badly, sinking deep into the snow and were poorly equipped for the severe cold. 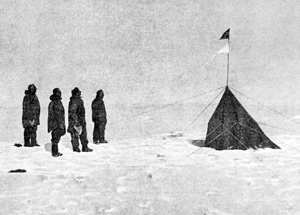 Poleheim, Roald Amundsen's team of five reach the South Pole for the first time on the 14th of December 1911. They left a tent with the Norwegian flag and a flag of the Fram flying above it, inside was a message for Scott and a letter for King Haakon of Norway. 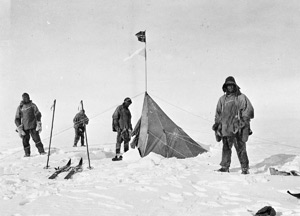 19th January 1912, Scott's party reach the pole to find Amundsen's tent already there. Scott writes in his diary: "The worst has happened", "All the day dreams must go". 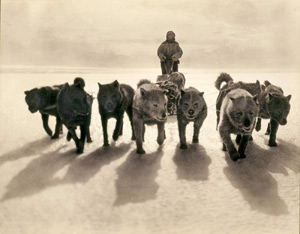 Driving a dog team across smooth and flat sea ice, Mawson expedition. Amundsen gave Mawson his remaining dogs at Hobart on his way back from Antarctica, so one or more of these dogs may already have been to the South Pole and back.

Link to the first page of the
Historical stimulus pictures slide show.