Is Antarctica Guarded by the Military?
...and Other Nonsense

You cannot reason people out of something they were not reasoned into.

Antarctica is difficult to get to, has virtually no infrastructure and is a very hard environment to live in. The population density is one person per 3,570 km2 in summer (dropping to 1 per 14,285 km2 in winter). The place with the next lowest population density is Greenland 1 per 33 km2, 100 times greater, the world average is 1 per 0.018 km2, nearly 200,000 times greater. Antarctica is 1.4 x bigger than the USA, 58 x bigger than the UK and 1.8 x bigger than Australia.

The land is almost totally unproductive, any food production happens at sea which freezes from the continental edge out to between hundreds and well over a thousand kilometers every winter. In the spring it breaks up and the ice threatens any boating or shipping activities. It is the coldest and the windiest continent, the ice caps make it the highest too and depending on how far south you go there are up to 6 months of continuous darkness each winter.

It is protected by the Antarctic Treaty, agreed to by 55 countries representing 64% of the world's population. The Treaty prohibits territorial claims and any military use, it came into force in 1961, in 1991 environmental protections were added with requirements for visitors from Treaty signatory countries and travel companies to observe strict anti-pollution and environmental damage rules.

Most of Antarctica looks like this, no people, no food, no shelter, no roads
very cold, very high, very windy.

Despite or because of these things there are some myths that have built and are spread by those keener on conspiracy or sounding "clever" than they are on the truth. Such people are unlikely to be swayed by actual facts, a better approach if you meet one is to ask them to explain how they know their version of events is true, a difficult task when it isn't.

Is Antarctica guarded by the military or government?

About 30,000 tourists visit Antarctica each year, there are about 1,000 people there on land bases at all times which rises to 4,000 during the short summer months, it is not hidden, secret or off-limits.

Under the terms of the Antarctic Treaty there are no national territorial claims, those countries that have previously made claims were all founding members of the Treaty, there is no "Government of Antarctica". In a way it is treated similarly to the open seas in that it belongs to everyone and no-one. The area is so vast that "guarding it" if anyone wanted to do so would be virtually impossible, the coastline is in the order of 30,000 km long, there is hardly anyone there and they already have full time jobs to do.

The Southern Ocean that surrounds Antarctica is easily the stormiest on earth, the shortest journey from the southern tip of South America to the northern tip of the Antarctic Peninsula is over 550 nautical miles across the Drake Passage which has a well deserved reputation as one of the most treacherous voyages that ships can make. This is where the phrases roaring-forties, furious-fifties and screaming-sixties were coined to describe conditions as ships sailed ever further south. It is a place for only the most experienced crews and most capable ships, even then passage is only really possible in the short summer months. Antarctica guards itself very well already, this is why hardly anyone goes there using their own transport and even then at some considerable risk.

The population of Antarctica is found almost entirely on nationally funded research stations which are small self contained, externally supplied communities where the laws of the operator country apply (similarly to ships on the high seas). There are also one or two temporary tourist camps each summer which operate in a similar manner though are privately funded. You can go to Antarctica as a tourist or as part of a scientific station and their activities or you can plan your own expedition. It is difficult to reach, stay and live in Antarctica but it isn't guarded by anyone.

Quite apart from the difficulties of guarding Antarctica, who would it be guarded from and why?

Is it illegal to go to Antarctica?

No. Though if you go about things in the wrong way it could be, in the same way that you can visit your own country's parliament (probably), museums, parks, shops, countryside etc. but if you do it in the wrong way you will fall foul of the rules and possibly laws that are there to protect those places and the people living there.

You've heard of the Antarctic Treaty by now, this dictates how you as a citizen of your country must act if you go to Antarctica if your country is a signatory. If you are going as a tourist or for employment, permission will be applied for on your behalf. If you are applying as a private citizen on your own expedition, you must show that you are fully self contained and have made all necessary contingencies to prevent pollution or environmental damage and also what your purpose for going to Antarctica is. This may be denied for any number of reasons, if you go anyway, you will face penalties from your own country on your return, these vary but are typically in the range of a fine up to around $10,000 and/or 1 to 2 years in prison.

Such penalties have hardly ever been levied as it makes little sense to go to Antarctica on your own private expedition even if you can afford it and there are expert-run luxury trips for those who can. If you have a legitimate reason to mount an expedition and can raise funding for it you will find agencies who will help you do so, the frivolous, dangerous and damaging are dissuaded, the legitimate encouraged.

What is being hidden in Antarctica?

The pixies at the bottom of my garden control the weather. Ok, so there aren't any and so they don't, but can you prove what I say is false? What are you hiding? Nothing you say! that's exactly what you would say if you were hiding something, ah ha! Conspiracy theorists do love to seem cleverer than every one else and claim stupid things that just waste everyone's time while getting attention.

One fool may ask more than seven wise men can answer.

An Italian proverb first recorded in 1666, there's nothing new about asking pointless questions.

There is no evidence that anything is being hidden in Antarctica or who is hiding it, of course "they" might just be very good at it ;o) 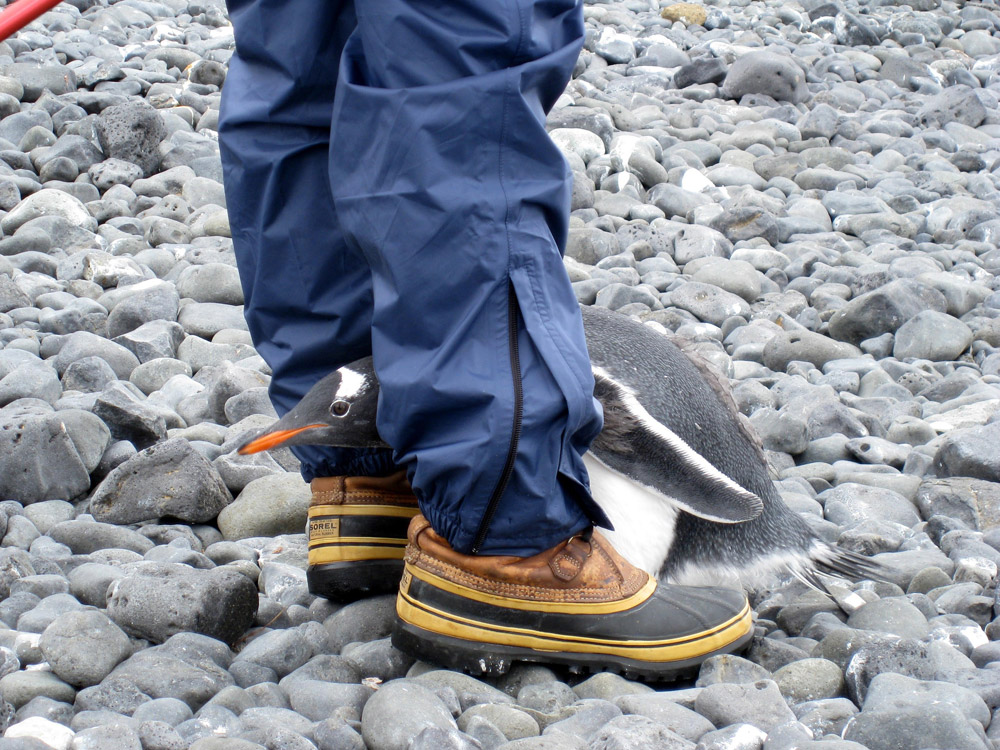 Do airlines fly over Antarctica?

Many flights in the northern hemisphere fly over the Artic region but this is not the case in the Antarctic. The reason is that there aren't many regular scheduled flights that might cross Antarctica, it's not the shortest way to get anywhere that can support regular routes. There are also international air industry rules that dictate that airliners must stay within certain flying times of airports in case of emergencies, and as there are relatively few international airports very close to Antarctica this rule has the effect of keeping planes away.

There have been routes in the past and there may be again in the future that skirt the coast or even fly over the continent for a short time but they have been rare and are unlikely to become more popular in the foreseeable future.

Planes can fly over Antarctica, it is not a no-fly zone and it is not illegal, it is just very impractical to do so. Smaller planes will fly lower and have to deal with challenging weather conditions, snow-falls, white-outs and icing problems.

Yes, but not in the way that people sometimes misunderstand the statement.

It isn't a huge transparent dome rising 13,000 feet from the surface that you go inside.