Travel clothes for Antarctica, you won't face really low temperatures on a cruise, but it will be windy and you'll be around water, here's how to stay warm and comfortable

Travel Clothing for Antarctica and the Arctic
Cold Weather Gear

This is the US page | UK page

What Clothes do I need to take on my Antarctic trip?

As your trip will be in the summer months, you won't need to take any really extreme cold weather gear. Temperatures on many or most days will hover around freezing point, maybe dropping to an extreme of -10C (20F) though more likely not. People feel the cold in different ways, the main thing you need to anticipate is that it will be windy as well as cold.

Layering is the key, to allow for flexibility according to conditions. Rather than one very large thick outer layer, several thinner layers can be put on or off as the weather dictates, this way you can remain comfortable as the day progresses whether you are on the zodiac in the wind, walking in sunshine with no breeze or anywhere in between.

Buy in South America? - Prices for the kind of gear you need are generally lower in North America and Europe and the choice will be much greater.

Waterproof for those wet zodiac landings, rugged and comfortable enough for extended walking on a variety of terrain. This modern take on the humble rubber boot is increasingly used by tourists and guides. A stout molded lower boot and sole are firmly bonded to a neoprene upper for warmth, waterproofness, comfort and toughness. Your non-waterproof pants get tucked into them or waterproof over-pants go over the top. Some cruise ships lend or hire out boots, so check first before buying, or you may prefer your own.
Men's   Women's

...and socks - Make sure you get some good warm long socks to go with them too. merino wool is the gold standard for warmth and comfort.
Men and Women's | recommended, Darn Tough hikers 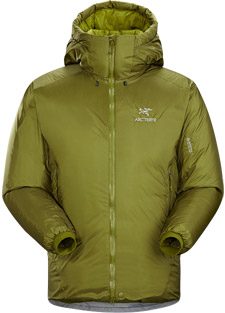 It is unlikely that you will experience very low temperatures as your visit will be in the Austral summer, however Antarctica is the windiest continent and it certainly penetrates! The warmest pullover or fleece soon becomes useless as katabatic winds blow down from the great Antarctic ice-cap and straight through it. Water resistance is also vital when cruising and travelling by zodiacs from your cruise ship.

Polar parka, with down or synthetic insulation Men's   Women's

Some tour operators issue their clients with outer jackets to use on the trip and maybe keep afterwards. These make a nice souvenir of your cruise and can save you money and the effort of carrying it on the outward journey. However they are not always the best quality, some tour guides much prefer to use their own gear rather than that supplied unless their employers insist on it.

Fleeces are ideal for this they come in a variety of weights and styles.

You might prefer a down-filled parka or a down-sweater, these are extremely warm and can easily be thrown on over a shirt for immediate serious insulation like when there's a call for an exciting wildlife sighting. While largely wind proof and to a lesser degree, water resistant, they should not be relied on as the outer shell layer for all conditions unless specified as such with substantial shell material. A thinner one makes an excellent warm but lightweight layer.

Warm pants - thick warm pants of a natural material such as moleskin or heavyweight synthetic material such as polyester are best, not jeans!. Insulted "snow pants" are unnecessary in the summer, waterproof overpants to pull on when needed will be fine for the great majority of people. If you are concerned about feeling the cold, take a pair of light or mid-weight thermal longjohns that can be used if necessary or left behind in your cabin when you don't need them.

Personally I have worn moleskin (a kind of cotton, named for its texture and not made from either the skin or kin of moles) pants in both polar regions and wouldn't consider wearing anything else, for all round warmth, comfort and practicality they have no rival.
Men's moleskins

Overpants for riding in the zodiac and staying dry during landings, light-weight is fine and will be easier to put away into your backpack. Long zips down each leg make it much easier to get them on and off over your boots.

Head and ear protection from the cold

There's a saying that a good hat is worth an extra layer. Make sure the hat has ear flaps or can be pulled down to cover your ears, the wind is unrelenting. Choosing a hat made of synthetic windstopper material means it is less bulky and can be easily slipped into a pocket, pom-poms make it difficult when using a hood over the top. Merino wool is a good material alternative, acrylic is cheap, bulky and not so warm.

When your feet are cold, cover your head - Inuit saying

Water-resistant gloves are always very useful in and around small boats. Ski-type are good as they are warm and water resistant with it. A thin pair of glove liners as well as a warmer pair means that you'll be able to take photographs without taking them off. Mittens are warmer than gloves, though reduce dexterity.

A neck gaiter or scarf to insulate the neck, to stop warm air from pumping out to be replaced with cold air coming back in, and stop wind-driven snow from getting into your clothes where it could melt and become very uncomfortable. My son voted this item as his most useful and favorite item of clothing when we went on an Arctic cruise around Spitsbergen. You can pull it up as far as over your nose if needed or it sits in a well-behaved manner out of the way when required rather than flapping around like scarves tend to.

A warm comfortable base-layer can be the under clothing you already have. As long as you have a good insulting layer and outer shell layer, you won't need "thermal" underwear unless you feel the cold very badly. You may however like to get some nice baselayers. Tops can be worn as a comfortable shirt around the ship and it is easy to pull other layers on quickly when going outdoors. Merino wool is the gold standard, synthetic is also good, cotton is best avoided.

Clothing around the ship - Polar cruises are informal events and you won't need any especially smart clothes on board or need to dress for a formal meal. Ships will have a laundry service so you can get a few items washed part way through to last you the duration of your trip.

A molting Gentoo penguin takes refuge thanks to a passing tourist 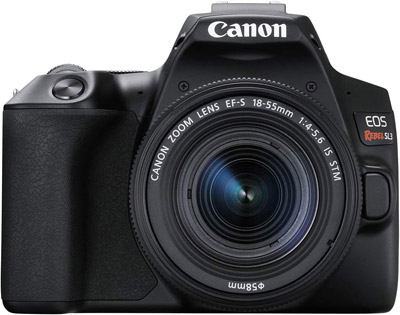 Camera. Get a good quality camera, most people are fine with a digital camera of about 15-25 mega pixels. This will give plenty of scope for cropping the pictures later and allow enlargements of 20" x 16" and larger and a very impressive image on a screen or projector.

A digital single lens reflex (DSLR) is preferable (but more expensive) with at least a wide angle to short telephoto lens, 20-50mm ish, and a short telephoto zoom 50-200mm ish. Anything over a 300mm lens is an extravagance for Antarctica that you'll hardly ever use and will be much heavier to carry. More information.

Good quality sun-glasses with full u.v. protection. It gets really bright in Antarctica, especially when the sun reflects off the sea and ice or snow.

High factor sun-screen for the same reason. If you've never been burnt under your nose from reflections from snow or sea now's your chance.

Lightweight waterproof backpack to carry your stuff ashore while leaving arms free to clamber in and out of the Zodiacs. Around 1500-2000 cu. in. / 25-30L is a useful size.

Full size waterproof liners for your backpack will protect everything inside from the sea splashing on a bumpy zodiac ride or in case you drop it in the sea (a rare occurrence but not entirely unknown).

These may be available to hire from your ship or tour operator, though they also make ideal carry-on bags for the flight to your ship, much more flexible and versatile than the usual carry-on luggage.

Luggage - you'll need something to lug your stuff around in.

Ships cabins are smaller than hotel rooms, so space matters. Soft bags can be squashed and pushed under beds whereas large rigid cases can be more awkward. They also tend to weigh less, so making them easier to carry and taking up less of your baggage allowance.

Binoculars  - A must if you're a wildlife fanatic and a "nice to have" if you're not.

Binoculars are described by two numbers "10 x 50" for instance. The first number is the magnification and the second is the diameter of the front lens in millimeters. This tells you first of all how much bigger things appear and then how much of it you see at that magnification.

Incidentally, I see you recommend avid wildlife watchers should take binoculars - everyone should have them! It is very annoying having to share your binos with someone for that rare glimpse of a distant blue whale or even just getting a better view of scenery!" - Robert Burton Antarctic tour guide and lecturer.

A magnification of 10 or 12 is about as much as most people can manage to hand-hold without shaking. 8 or 10 x magnification is generally most useful and 20 to 30 mm front elements keep the size down enough to slip into a coat pocket fairly easily especially if they fold as well.

Powerstrip - Powerpoints in ships cabins can be thin on the ground and we are increasingly addicted to our gadgets. A lightweight short cabled powerstrip (preferably with surge protect) enables you to charge everything up at the same time with just the one adaptor to plug into the wall. It can be very frustrating having spent the last few hours charging the wrong device when the battery light on what you are using turns red.