Born in Blandford, Dorset, England, Vince first joined the Royal Navy aged 14 or 15 in 1895, he joined Scott's ship Discovery in South Africa from his ship at the time HMS Beagle.

George Vince is the first man to have lost his life in McMurdo Sound, he was one of a party of nine men who had caught out in a blizzard during an excursion from the Discovery. Instead of staying where they were and waiting for the storm to end, they decided to try to make their way back to the ship.

Vince was wearing fur-soled boots with very little grip and wandered onto a snow slope which he slipped down before falling over the cliffs at their end into the sea. The slope was later known as "Danger Slopes", his body was never recovered. He is commemorated by a wooden cross erected by the crew and men of the Discovery that is maintained to this day by the nearby New Zealand and US bases in McMurdo Sound.

Vince was unmarried and was posthumously awarded the King's Polar Medal and Queen's South Africa Medal.

"Tuesday, March 11, was to be one of our blackest days in the Antarctic.... From the moment when he joined us at the Cape of Good Hope, Vince had been popular with all; always obliging and always cheerful, I learnt that he had never shown these qualities more markedly that during the short sledge journey which brought him to his untimely end. His pleasant face and ready wit served to dispel the thought of the hardship and difficulty to the end. Life was a bright thing to him, and it is something to think that death must have come quickly in the grip of that icy sea." 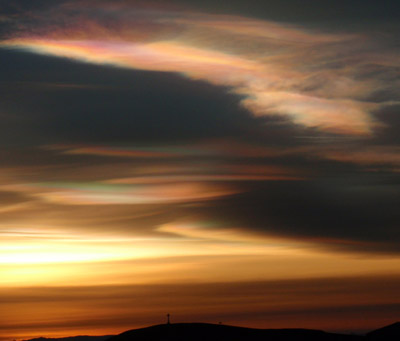 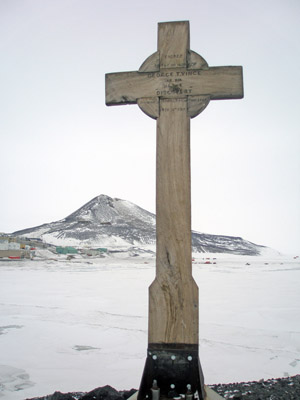 A plaque near to the cross reads:

This cross is an historic monument and preserved in accordance with the provisions of the Antarctic Treaty. It commemorates George T. Vince of the British Antarctic Expedition of 1901-1904 Who lost his life in the vicinity in March 1902.