Back to thumbnails   Previous     Next 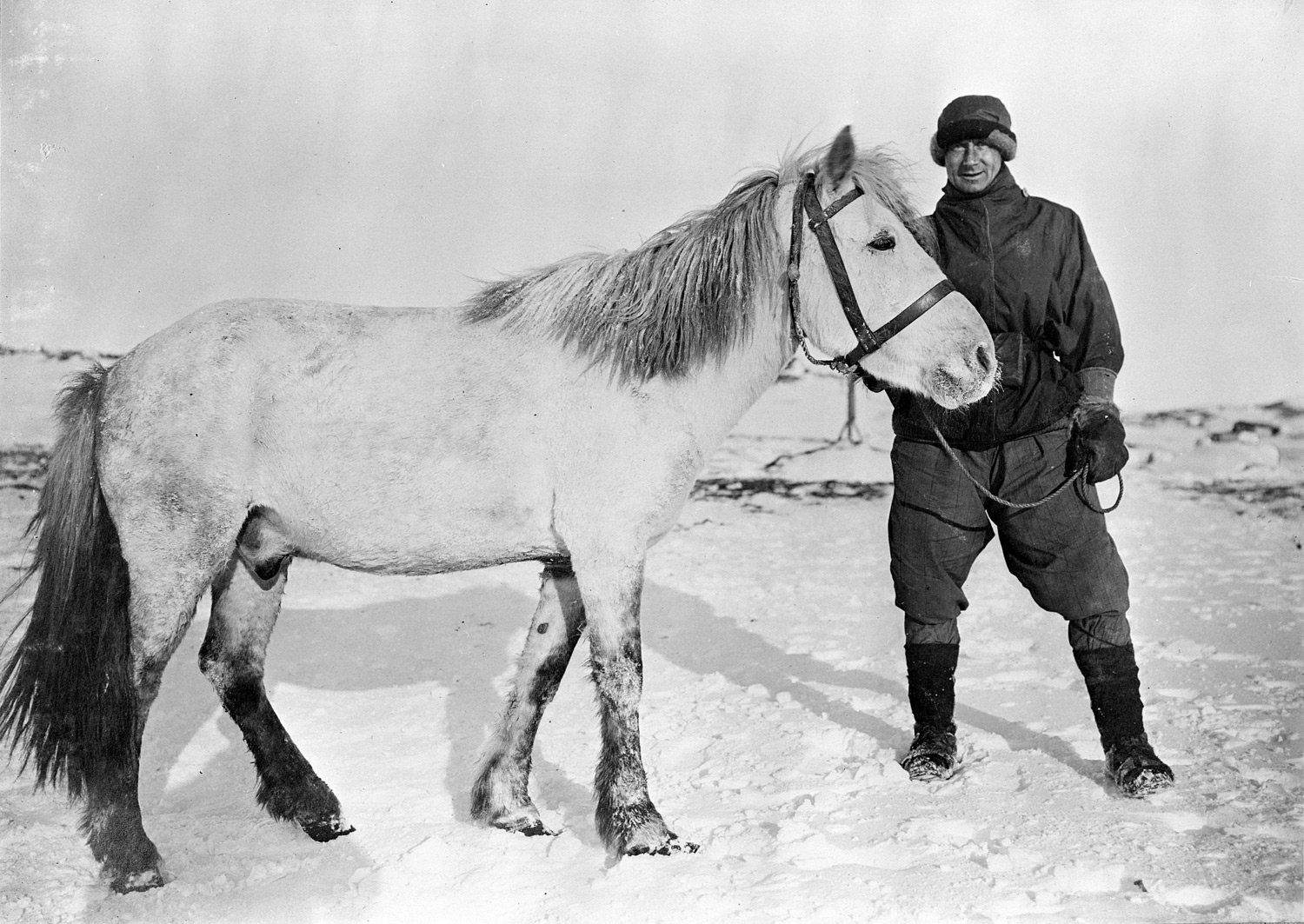 Diary entry: 18 - We have brought some ponies from Siberia to help us pull sledges. They are fairly small, strong and used to the cold.

Explanatory caption: Edward Wilson with "Nobby" in October 1911, one of 20 Siberian ponies taken by Scott for his South Pole attempt. The ponies fared badly, sinking deep into the snow and were poorly equipped for the severe cold.