7 - Removal of Waste from Previous Activities - Prior to the Madrid Protocol there was no requirement to remove waste from Antarctica with the result that some areas around some research stations and some old abandoned stations had developed into waste dumps that sometimes contained liquid fuels, oils and other hazardous chemicals. There has been much cleaning up in recent years. 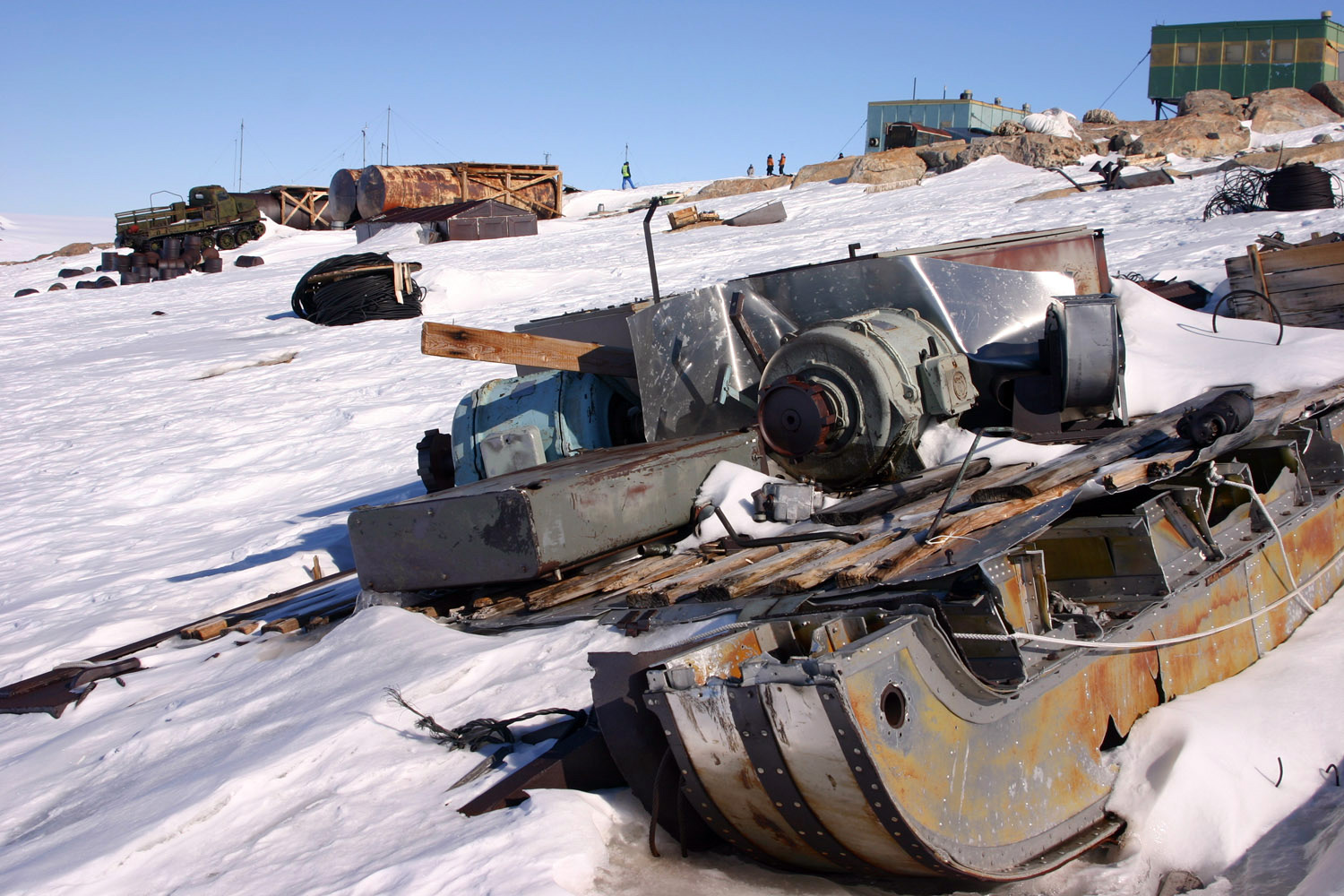 Leningradskaya, a Soviet era Russian station opened in 1971 and abandoned in 1991.