4 - Emergency Response Actions - Treaty nations should be ready and able to respond quickly to emergency situations arising from activities in Antarctica for which they have been given prior notice (under the terms of another part of the treaty). This may include co-operation with others and responding to environmental emergencies. 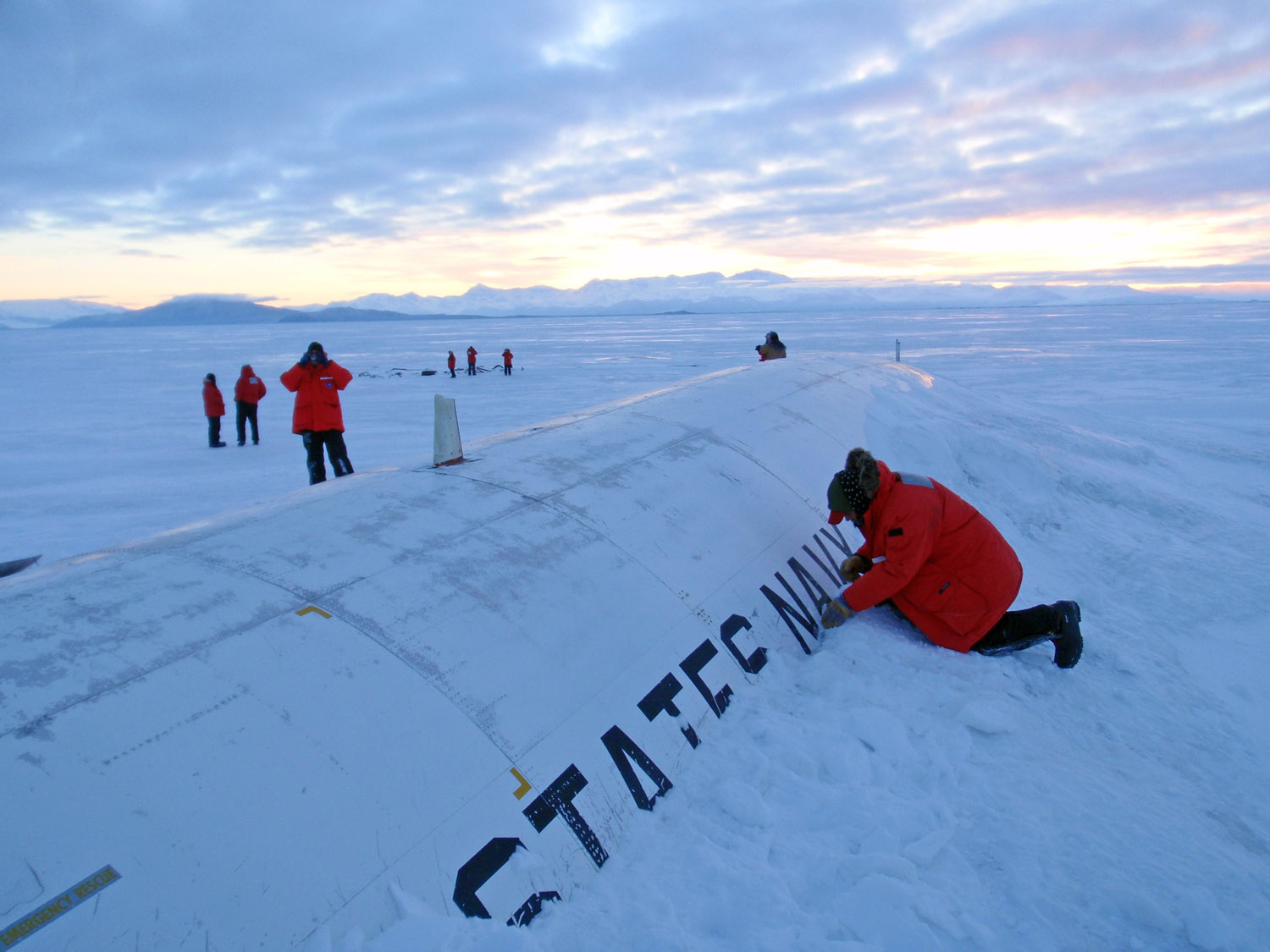 With such extreme and changeable weather conditions, even the most thorough of plans can go wrong. This is an old crashed plane being slowly swallowed up by the ice, here visited by personnel from a nearby research station.